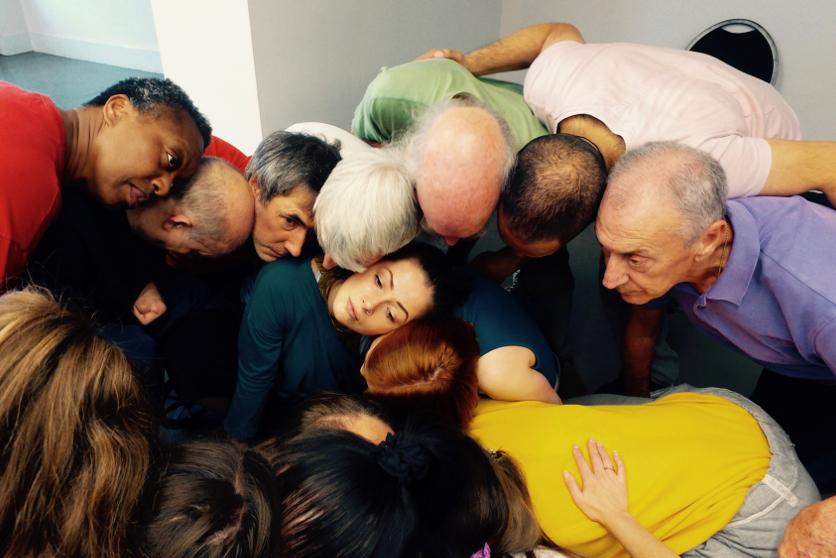 For the last 18 months I have had the pleasure of working with the World Health Organisation on their developing agenda around arts and health. This month, we have released the largest evidence report ever published on arts and health. Covering the findings from over 3,500 published studies, the report aims to give an overall picture of the role the arts play in supporting health globally.

The report takes the form of scoping review, not trying to identify every single study ever published, but instead focused on providing a rich picture of the breadth and depth of findings from peer-reviewed scientific papers to date across all areas pertaining to health. In particular, the report considers evidence through a wide disciplinary lens so as not to privilege certain types of studies above others. So it includes randomized controlled trials alongside surveys, analyses of cohort studies, qualitative interview studies, individual case studies and community-wide ethnographies amongst others. The findings are structured into two sections. The first focuses on prevention and promotion: how arts can affect social determinants of health, support child development, encourage health-promoting behaviours, help to prevent the development of mental and physical illness, and support caregiving. The second section focuses on how the arts can support in the management and treatment of mental illness, neurodevelopmental and neurological disorders and non-communicable diseases, as well as supporting the delivery of acute care and palliative care. The findings are illustrated with a selection of case studies from across the WHO European region, and presented alongside a series of policy options for how to support the development practice and research internationally.

The report builds on the fantastic work presented in the Creative Health report from 2017 and develops and takes this work forwards in important ways. First, it provides an update on the evidence base since 2017; just two and a half years have passed, but the field is so fast-moving that major developments have happened already in that time, including the publication of the first UK longitudinal population-level studies of arts and health. Second, the report involved literature searches not just in English but also in Russian, finding dozens of studies hitherto not known amongst many of us in the field and adding to our understanding of the impact of the arts. Third, the report takes an international perspective on practice, citing case studies from across the WHO European region, including models where programmes that have shown efficacy have been expanded across multiple countries, and giving an insight into how governments in other countries are providing major support to accessing the arts and enabling their benefits. This provides context for the developments happening in the UK, highlighting to other countries the excellence of our own work, but also giving us examples of inspirational work from overseas that may feed into our own project development.

Finally, the report also provides a series of policy options. Many of these echo those presented in the Creative Health report: the importance of developing public awareness on the benefits of the arts for health, strengthening structures and mechanisms for collaboration between the health and arts sectors and including the arts within the training programmes of health professionals remain key priorities. But these policy options are aimed at 53 different countries, all of whom have their own unique healthcare systems and arts sectors. So they are deliberately broad, to allow countries flexibility in how to interpret and act on the guidance. As such, these policy options do not replace those from the Creative Health report, but rather support them, adding the endorsement of WHO to the importance of these considerations. Further, as the policy options are aimed at so many countries, over the next few years we may be able to collaborative with and learn from these other countries as they take their own steps to develop policies to support arts and health. Additionally, the report also sets out some new recommendations, in particular regarding the development of the evidence base through further research. The report highlights the importance of funding larger-scale clinical trials as well as studies exploring the feasibility, acceptability and suitability of new interventions. This aligns with current priorities in other areas of health to explore effectiveness and implementation in parallel, and could help with establishing arts interventions within health and social care that not only work on paper but function smoothly alongside existing care.

It is over 12 years since Sir Nigel Crisp, then NHS Chief Executive, published a report concluding ‘arts and health are, and should be firmly recognised as being, integral to health, healthcare provision and healthcare environments’ [1]. Progress has certainly been made, but few would argue that the arts are firmly recognised as “integral”. This report cements the fact that a lack of evidence is not what is holding us back. Certainly more research is needed (as in all areas of health); something researchers like me are grateful for. But what we also need is further policy action based on the mountain of evidence that already exists. Hopefully the publication of this report will support such action over the coming years.

The WHO report can be read here.

A 2-page summary of the report can be read here.

Daisy Fancourt’s opinion piece on the report for the British Medical Journal (BMJ) can be read here.

The WHO Health 2020 report on the arts and sustainable development goals for health can be read here.