In April and May 2020, 220 culture, health and wellbeing organisations and practitioners responded to a survey about their work, coordinated by:

Here are some of the survey results:

Who is paying for this work?

Based on 220 responses from organisations and individuals, looking at the preceding financial year:

* allowing for the ‘don’t knows’ 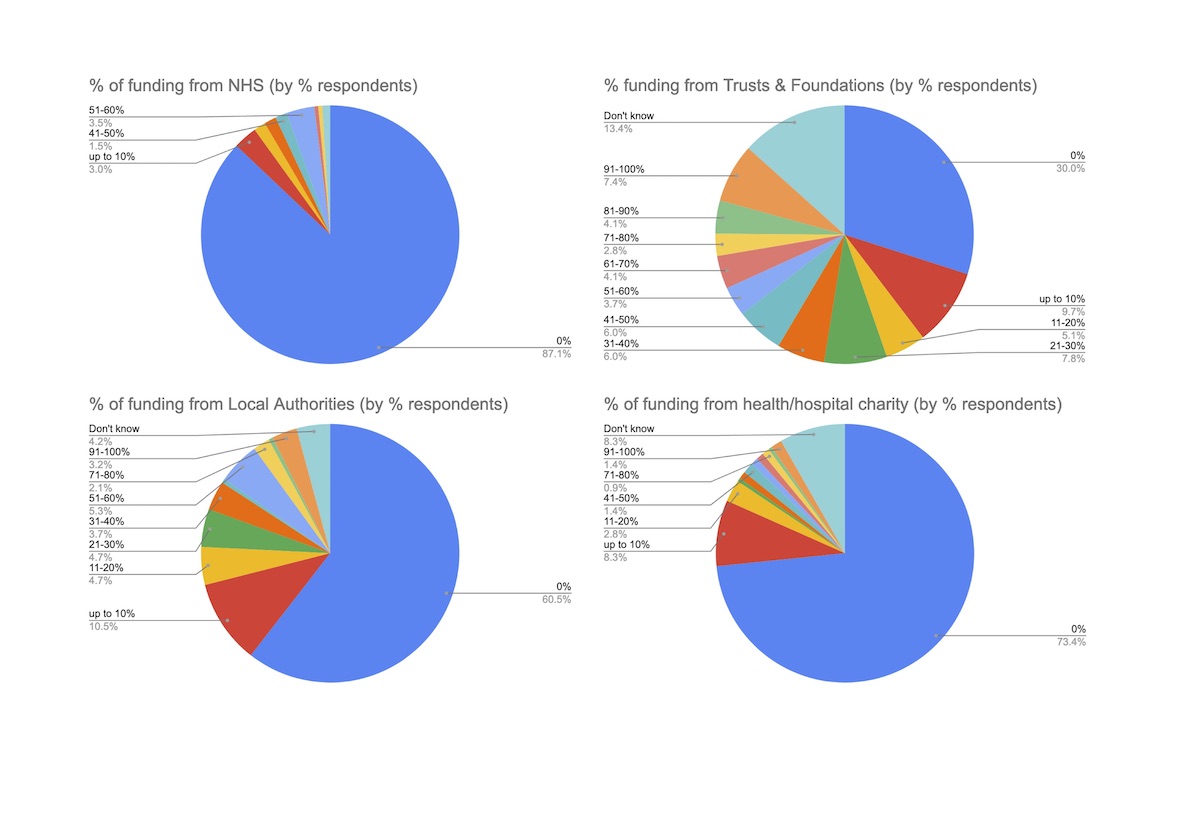 Of 220 respondents, who are made up of a mix of organisations and individuals, 78 had no specific focus (beyond general health and wellbeing). Others aimed specifically to impact the following: 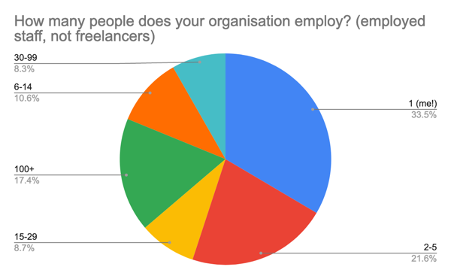 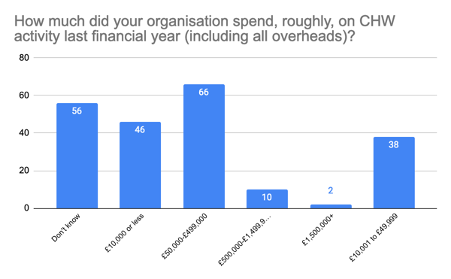 1. How has the Covid-19 crisis affected the delivery of your services or projects? (tick all that apply) - 217 responses

“An uncertain future, means lots of pressure on staff to imagine multiple scenarios”

“Could be positive in terms of establishing new ways of communicating but need to guard against exclusion of minority groups who cannot access the tech.”

2. How has the Covid-19 crisis affected your funding for CHW work? - 217 responses

3. How optimistic do you feel about the future of culture, health and wellbeing services in the UK at the moment?

“People seem to value the arts more but obviously it's more difficult to access.”

“Are the arts and culture still considered a nice to have rather than a necessity?”

4. What sort of things do you think will help strengthen culture, health and wellbeing as a sector in the future? (tick all that apply) 217 responses 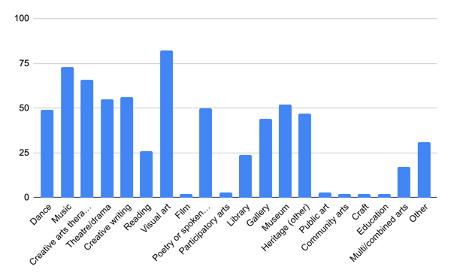 The picture here is very mixed, with visual arts and music dominating but only by small margins. 12.5% of respondents had a specific focus on visual art, just over 11% on music, and just over 10% on the creative arts therapies, with creative writing, theatre poetry/spoken word and dance all between 7% and 8.6%. Very few people identified "participatory arts" specifically but it's very likely this is implicit in many respondents' practice.